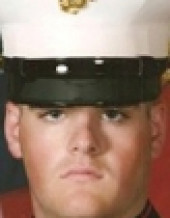 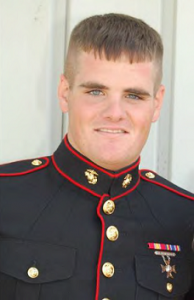 LONDON, Ohio – The mourners came 700 strong, filling the London High School gymnasium to celebrate the all-too-short life of Josh McDaniels.
As a man, he was adventurous, a bit of a prankster. He was the type who sought to excel at whatever he did, whether on the wrestling mat in the gym where his open casket rest or being a husband to his new bride.
As a Marine, he worked after hours, toiling to hone his abilities as a combat engineer. Detecting and detonating roadside bombs left by insurgents in Afghanistan is no task for those with false bravado or imagined skills. 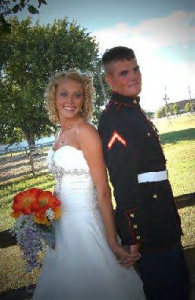 Lance Cpl. McDaniels, 21, died a week ago today when one of those devices detonated. His was a dangerous job, and he knew it. He died doing his duty of giving other Marines safe passage.
Joshua McDaniels turned to the Bible for his father’s present last Christmas. It was a dog tag, fittingly imprinted with a personalization of a verse from the book of Joshua, 1:9: I will be strong and courageous. I will not be terrified or discouraged, for the Lord my God is with me wherever I go….