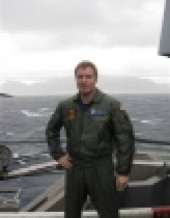 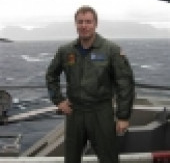 Marilyn Rofsky remembers the first time she met the young Zilberman. Rofsky was teaching an English class when he walked in and interrupted it, asking his mother for 50 cents to buy a pop. Rofsky asked him what he was doing. “Well, I am thirsty,” Steven Zilberman said matter-of-factly. Rofsky said she soon found that Steven, who was then 12, was strong-willed and “incredibly smart.” She said he picked up English quickly. Rofsky helped him navigate the cultural adjustment to America. “He knew what he would want, put things into place and accomplished it,” she said.
During high school, Zilberman met Katrina Yurchak, a Torah Academy student who became his wife. He was accepted into Ohio State University but had other ideas.
Sokolov said she was initially shocked when her son told her he had joined the Navy. “We were afraid of the military service because it was awful for Jewish people” in the Soviet Union, she said. Rofsky said she went to the recruiter and tried to persuade him to have Zilberman change his mind. But Zilberman wanted to pay his own way to college and knew that the military would help him do that. He also liked following in the footsteps of a grandfather who was a military pilot during World War II for the Soviet Union.
While in the Navy, Zilberman earned a bachelor’s degree in computer science from Rensselaer Polytechnic Institute in Troy, N.Y., in three years. Zilberman had planned to go on to study medicine and hoped to become an emergency-room doctor. Sokolov said she learned that he spent his spare time reading organic-chemistry books
He was about to take a new assignment in Pensacola, Fla., as a flight instructor. Rear Adm. Davidson, in his letter to Zilberman’s parents, said they should be proud of what their son did. Zilberman’s crew mates, he said, owe their lives to him. “I know they will never forget him,” Davidson wrote. “I will remember him forever.”