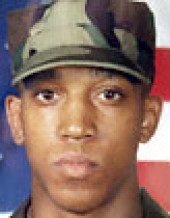 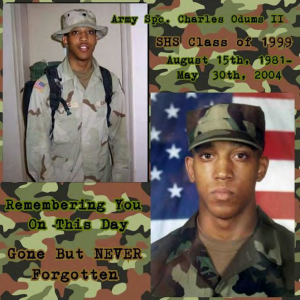 Charles E. Odums II was “very outgoing, very family oriented,” his mother says “Everyone loved him.” He met his wife, Melanie, while they were students at the

University of Toledo. “Charles never thought he would be college material, but we strongly encouraged him to try,” said his mother, Annie Odums. “He went for a year and a half, then got the point where he said, ”Mom, I’m wasting your money and my time.” He couldn’t find a job and decided to go to the military. “I tried to support him in his decision, but that would not have been my first choice for him.” Odums, 22, of Sandusky, Ohio, died May 30 in an explosion in Iraq. “He was always trying to keep people upbeat. He was liked and loved by the platoon,” said Pfc. Taylor Burk, who served with Odums in Iraq.