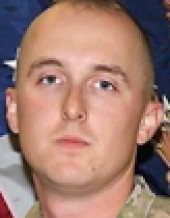 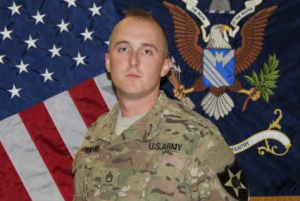 25, of New Carlisle, Ohio; assigned to 1st Battalion, 38th Infantry Regiment, 4th Stryker Brigade Combat Team, 2nd Infantry Division, under control of the 7th Infantry Division, Joint Base Lewis-McChord, Wash.; died Dec. 10 in Kandahar, Afghanistan, of wounds caused by an improvised explosive device.
The News Tribune reports Williams served with Lewis-McChord’s 4th Stryker Brigade, 2nd Infantry Division, which deployed last month to replace another Stryker unit in southern Afghanistan.
Williams joined the Army in 2005. He reported to the 2nd Stryker Cavalry Regiment in Vilseck, Germany, in 2006 and deployed with the unit to Iraq in 2007 as a radio telephone operator.
The Army assigned him to Lewis-McChord’s 4th Brigade in February 2009, and he deployed to Iraq later that year as a rifleman.
The newspaper says he was an infantry squad leader in this Afghan deployment. 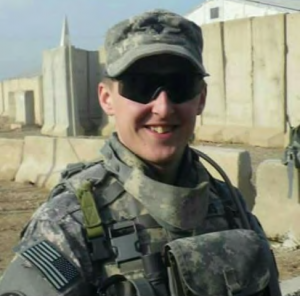 Condolences from Legacey.com
WES WE ALL MISS YOU BROTHER FROM OUR HIGH SCHOOL DAYS IN ROTC TO OUR DAYS AS ARMY NCO’S WE WILL REMEMBER YOU AS A GREAT HUSBAND, FATHER, AND LEADER OF MEN IN THE GREATEST ARMY IN THE WORLD REST IN PEACE BROTHER ~ RYAN HUNGER, TREMONT CITY, Ohio
Wes, I just wanted to say Thank you for being my friend, you were one of the nicest people I ever met. You were kind hearted, and friendly. You always excepted me as I was. We had such great times when we were little. It’s sad to see that your gone. One day all of us will meet up again, until then, all your family and friends will be waiting here remembering all the good memories we had with you. Thanks again for your service and your friendship. Gods love, Melanie ~ Melanie Jeffers, New Carlisle, Ohio
Wesley I will always remember that day in centering when we were swaddling the dolls and you had it down like a pro! I remember thinking krista was one lucky momma! You were a great husband and father! You will be dearly missed! ~ Stacy Murphy, Puyallup, Washington
Facebook – Krista William – Wes loved this time of year (Fall / October). Carving pumpkins, decorating the house, baking pumpkin seeds, he was so excited about taking faith trick or treating but we didn’t get to because we were traveling to move me and faith home for the deployment and we didn’t get here in time to take her. Having this holiday creeping up on me, reminding me that it was almost a year ago that I last got to hold him. Everyday without him hurts, some more than others. Today has just been a bad day. Looking forward to taking faith to the pumpkin patch. In true Wesley fashion, I’m going to pick the biggest pumpkin I can find.